You’ve probably heard by now that starting next Tuesday, September 27th, there will be paid ads showing up in the Etsy search results. These ads are open to all Etsy sellers to promote their items at a relatively good price. Considering that buyers are already looking for what you’re selling, the “conversion rate” from clicks on these ads is bound to be great! 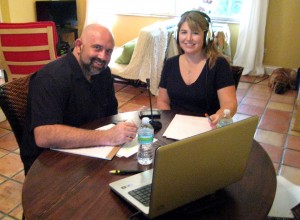 But We Had Questions!

We had a few questions and I bet you do too! We were lucky enough to get Frank Harris and Natalie Schwartz on a Skype call straight from Etsy HQ! Tim and I had a list of questions and they graciously answered them in-depth for more than a half-hour. If you’re looking to maximize your Etsy sales, this information is a must! Questions cover topics such as:

It’s worth the time to listen to this straight from the real people at Etsy who make this stuff work. I think you’ll be pleased to hear a genuine concern for the needs of sellers like you and me! Tim and I both left the conversation feeling excited about the future of Etsy and our role as Etsy sellers by extension.

If you prefer to read, rather than to listen, we’ll be posting a written summary of the questions and conversation soon. But there’s something to be said about hearing it directly. So I hope you give it a listen.

Don’t forget to join us each week for our 10-week series, Blogging Leads to Online Greatness {B.L.O.G.}.  Learn how to set up and use a blog to promote your shop!

Keep up with the the latest Etsy news subscribe to Everything Etsy!

What are your thoughts on the new search ads on Etsy? Have you signed-up yet? Are there questions we didn’t ask?